I am using a MSP430F2001 on an application and faced a very common issue: my program got larger than the available (1k) memory! On this article I will show you a little hint to get some more memory of those little chips!

Texas Instruments MSP430F2001 is a 16-bit RISC microcontroller with 1KiB of code flash memory, 128 bytes of RAM, one 2-channel 16-bit timer and one analog comparator. MSP430 line is largely know for its energy efficiency and low power consumption. Packed on a 14-pin TSSOP those micros are really small but still very capable.

You don’t need to be a genius to figure out that 256 bytes more on a 1KiB chip is really a lot (a 25% improvement to be precise)!

So, let’s consider using only the first half of the information memory, that gives us a 128-byte boost for code storage, not bad! In order to use it, we just need to make some changes on the linker control file (on IAR’s EW430 and MSP430F2001 that file is lnk430F2001.xcl): remove and modify the information memory usage and change the code memory allocation as shown below:

And that’s it, now all you have to do is write you code and enjoy the 1152 bytes of flash! See you next time! 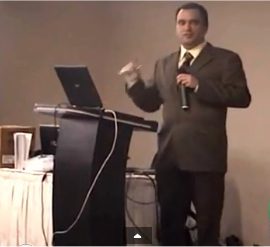